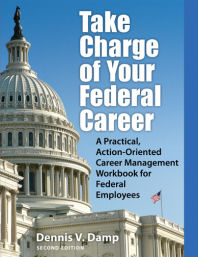 Rates effective the first pay period beginning on or after January 1, 2016.

The Office of Personnel Management (OPM) announced a 2016 FEGLI Open Season that runs from September 1, 2016 through September 30, 2016.  FEGLI rate changes take effect the first pay period beginning on or after January 1, 2016. Premiums for employees' basic insurance will not change and most rates for Option A, B, and C will decrease. The older age band rates for Options A, B, and C will increase along with premium rates for retirees basic insurance with 50% reduction and the no reduction rates.

According to OPM, "Open Seasons are one method by which healthy individuals can be attracted to join and reduce the risk profile of the program. Some less healthy individuals may elect coverage during Open Seasons. To mitigate this risk, the effective date for employees in active pay status who make an Open Season election would be delayed one full year to October 1, 2017, subject to FEGLI law and regulation, including applicable pay and duty status requirements."

The rate changes are shown below and the new rate schedule for employees and the new rates for annuitants are now available. Employees can change their coverage under certain circumstances including a Qualifying Life Event or by taking a physical exam. Physical exams are not required for initial enrollments when first employed or during open seasons.

Review your Option B coverage carefully. The cost for multiples increase dramatically, from .494 cents per thousand dollars of coverage to $1.27 per thousand at age 60! In retirement it will cost an annuitant $3.90 per $1,000 of coverage per month from age 75-79 and that increases to $5.70 a month per $1,000 in coverage 80 and over!  If you have health issues that make you uninsurable signing up for or expanding Option B coverage during an open season may make sense. They can't refuse to provide coverage during an open season. Others may find better options and lower costs in the private sector.

Obtain competitive quotes for Part B coverage to compare costs.

Retirees are not permitted to participate in FEGLI open seasons.

The open season is an excellent time to add Part C family coverage and the inexpensive Option A. You can continue family coverage for as long as you need it. For more information on Part A and Family coverage read the article titled FEGLI Insurance Options (Part 2) – Options A, B & C.

Cost for each $1,000 of the Basic Insurance Amount in Effect at the Time of your Retirement.

You will continue to pay premiums for life (unless you cancel or subsequently elect 75% Reduction). Rates May Change in the Future.

Rates May Change in the Future

Rates for Option B - Additional

For eligible annuitants who elected No Reduction for Option B, coverage is NOT free for age 65+. These annuitants must continue to pay premiums as shown below for No Reduction Option B coverage.

*For eligible annuitants who elected No Reduction for Option C, coverage is NOT free for age 65+. These annuitants must continue to pay premiums, as shown below: