How to Calculate Your Sick Leave Credit 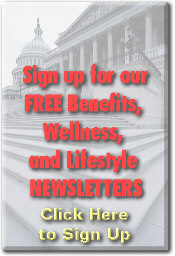 Up until recently only CSRS system employees received credit towards retirement for unused sick leave. It isn't uncommon for a federal employee with 30 or more years service to accrue in excess of one year, 2087 hours, of sick leave. If you have 2087 hours at the time you retire your annuity increases by 2% of your average high three salary for CSRS employees and You will receive credit for each whole month of accumulated sick leave that you have on the books when you retire.

EXAMPLE: Dave has 43 years of creditable civilian and military service. additionally, he has 2087 hours (one year) of unused sick leave. His annuity would be limited to 80 percent based on civilian and military service but the 1 year of sick leave would increase the annuity an additional 2 percent. Thus, Dave's basic annuity would be 82 percent of his high-3 average pay.

How to Use This Table - Find the number in the table closest to the number of hours of your unused sick leave. Obtain this figure from your most recent pay stub and then add any additional hours that you will accrue up to your retirement date. Federal employees earn 4 hours of sick leave each pay period, every two weeks. In the horizontal column you will find the number of months and in the vertical column the remaining number of days. For example: 441 hours equals 2 months and 16 days. Another example: 1452 hours equals 8 months and 11 days. (If the number of hours falls between two figures shown on the table, use the next higher figure.) See the following explanation.

GO TO CHART
Click text above to go to chart

As an employee under the Civil Service Retirement System (CSRS), if you (1) retire on an immediate annuity or (2) die leaving a widow, widower, or former spouse entitled to a survivor annuity, your service will be increased by the days of unused sick leave to your credit under a formal leave system. The days of unused sick leave that are added are used only in counting your number of years and months of service for annuity computation purposes. The sick leave cannot be used in computing your "high-3" average salary or for meeting the minimum length of service for retirement eligibility.

Only years and full months of service are used in the annuity computation. Odd days are dropped. In the example, the 10 days would be dropped. You can use the conversion table to find the additional service time credit provided by unused sick leave. If your regular tour of duty is other than an average of 8 hours per day, you cannot use this table; you should check with your personnel or payroll office on how to convert unused sick leave into additional service.

Section 1901 National Defense Authorization Act for Fiscal Year 2010”, Public Law 111-84, signed on October 28, 2009 permits unused sick leave to be used as service credit in the computation of benefits under FERS, but not for establishing title to an annuity or in the computation of average salary.  Sick leave will be used in the computations in the same manner it is used in CSRS computations. Effective October 28, 2009, individuals separating with title to an immediate annuity or who die leaving a survivor eligible for a survivor annuity will be entitled to credit for 50 percent of their unused sick leave.  Effective for separations and deaths occurring on or after January 1, 2014, 100 percent of the unused sick leave will be available.

The provisions apply to unused sick leave to the individual’s credit under a formal leave system and for which the employee has not received payment.  In the case of individuals who have annuities computed under the provisions of both CSRS and FERS, only sick leave not included in the CSRS part of the calculation will be available under FERS.  In addition, in the case of an employee who is excepted from subchapter I of chapter 63 under section 6301(2)(x) through (xiii) of title 5, United States Code, (which applies to certain high level officers and employees) the days of unused sick leave include any unused sick leave standing to his or her credit when he or she was excepted from this subchapter.

This new provision is not applicable to Veterans Health Administration nurses who are already entitled to full credit for unused sick leave under prior legislation.  The amendments made by section 1901 apply only to annuities based on a separation from service occurring on or after October 28, 2009.

Up until now FRES employees had little incentive to save their sick leave. FERS retirees will receive an additional 1% of their high three average salary for every 2087 hours of sick leave they have on the books when they retire.